Are You Ready For A Unplanned Expense? (Most aren't)

Are you ready for a unplanned expense? (Most aren’t)

Can only 39% of North Americans cover a $1,000 unplanned expense? This report is according to Bankrate. Bankrate says that if a unplanned expense happened, 39% will pay from their saving, 19% will finance with their credit card, 13% will reduce spending, 12% will borrow from a friend or family, and 5% would take out a loan. This is concerning. Majority of North Americans do not have the funds for a $1,000 expense is the reality of a tough economy. What can we do to prevent this from happening to us? Simple. Create an emergency fund of 3-6 months worth of expenses. This fund can be used for unexpected. 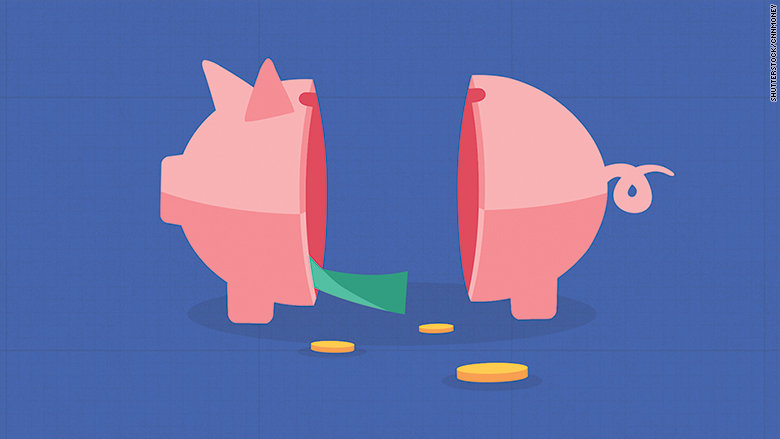 Most Americans can’t cover a $1,000 emergency

For the majority of Americans, the answer is no.

Only 39% of Americans say they would be able to pay for a $1,000 unplanned expense, according to new report from Bankrate.

“Even though unemployment is down and there’s been a recent uptick in wages, we aren’t seeing the needle move savings,” said Greg McBride, chief financial analyst at Bankrate.

Unexpected bills aren’t uncommon. More than one-third of households had a major unplanned expense last year, the survey showed, with half of those costing at least $2,500.

Related: 5 money mistakes to avoid in the new year

Nearly one in five Americans said they would put the expense on a credit card, the report stated, which usually makes the cost even higher as you pay off the interest.

That’s why experts usually recommend you have an emergency fund.

“Having that emergency savings fund will help you sleep at night before and after that unplanned expense,” said McBride.

He recommended having six months of living expenses to help blunt the financial blow of a surprise bill. While that can seem like an insurmountable goal, every little bit helps.

Related: Tools to tackle your own savings crisis

“In the last recession we had nearly 7 million people who were out of work longer than six months,” noted McBride. “To someone who doesn’t have any or very little extra funds, accumulating six months of expenses sounds like climbing Mount Everest, but that is the destination.”

Here are four tips to help bulk up your savings:

Save first, then spend

Have a portion of your paycheck go directly into a savings account, McBride recommended.

The best way to make saving a habit is to start early.

“The sooner you can get in that habit the better,” McBride said. “If you can do it when you are young and not making much that, the habit will stick with you as your age and income grows.”

Remove all temptation to spend your emergency savings by keeping the funds separate from your checking account.

Keep your emergency savings stash away from your checking account. “It has to be a dedicated savings account,” suggested McBride.

Interest rates on savings accounts are still recovering from their tumble in the wake of the financial crisis, so it’s a good idea to shop around to find the highest rates.

Currently, your best bet is likely an online bank account.

Are you now ready for an emergency? You sure be. With all of this information, you should be getting ready to increase or create your emergency funds. $1,000 should be the minimum everyone should have in cases of an emergency. There are thousands of scenarios that could happen that could require you to pay $1,000 or more. Shouldn’t you be ready for the unknown? Imagine if you saved $5 per day for an entire year? You would have over $1,800. Saving can be simple if you focus on the end. Like the article by Money CNN, we have agree that you should start saving money first and spend second. Starting early can make a difference in how much you save.  Lastly,  make sure you have the best interest rate possible. The difference between 1 and 2 percent for saving is vital. How much did you enjoy this blog? Let us know via social media or email. We are always happy to receive your feedback.

Get your loan today

Apply for your loan now